Creative Medical Careers: The interplay of humanities and clinical medicine

In this podcast Abhi Pal speaks with Ranjana Srivastava about her varied career, in which she has used writing to explore the interplay of humanities and clinical medicine.

Ranjana Srivastava OAM, is an internationally-renowned oncologist and healthcare authority, as well as award-winning author and broadcaster.

Ranjana is a regular columnist for The Guardian newspaper. She is also a health presenter on ABC television and ABC 774 radio. She speaks frequently on health matters, ethics and doctor-patient communication at scholarly and community events. She has appeared at the Melbourne Writers’ Festival, the Wheeler Centre for Books and Ideas, the Sydney Writers’ Festival, the Adelaide Festival of Ideas, the Williamstown Literary Festival and many other events from an Oncologist

Educated in India, the United Kingdom, the United States and Australia, she graduated from Monash University with a first-class honours degree and several awards in medicine. Ranjana undertook her internship, residency and specialist training at various Melbourne hospitals.

In 2004, she won the prestigious Fulbright Award, which she completed at the University of Chicago. She was admitted as a fellow of the Royal Australasian College of Physicians in 2005 and started practicing oncology in the public hospital system. In 2014 Ranjana was recognised by Monash University as the Distinguished Alumni of the Year. She was also appointed an adjunct associate professor in the Faculty of Medicine, Nursing and Health Sciences. Ranjana was included in Westpac’s 100 Influential Women of 2015.

Ranjana’s writing has been published worldwide, including in Time magazine and The Week, and in medical journals The New England Journal of Medicine, Lancet, Journal of the American Medical Association and Journal of Hospice and Palliative Care Management. In 2008 her story Ode to a Patient won the Cancer Council Victoria Arts Award for outstanding writing. Ranjana’s inaugural Melbourne Magazine column was featured in the Best Australian Science Writing of 2012.

Abhi Pal is a Medical Oncology Staff Specialist at Liverpool Hospital, Sydney, Australia.  In his non-existent spare time he is completing a part time PhD through Sydney University in informed consent and clinical ethics during communication with patients with advanced cancer. He has a strong interest in drug development, clinical trials, communication and also in hospital culture, burnout and doctor welfare.

Dr. Ranjana Srivastava is a Medical Oncologist working in Melbourne. She has enjoyed an incredible and varied career, in which she has used writing to explore the interplay of humanities and clinical medicine. She has received two Fulbright scholarships, once for a fellowship in medical ethics and once to study a Master of Public Administration.

Advice for a creative medical career The economy, investing and the property cycle 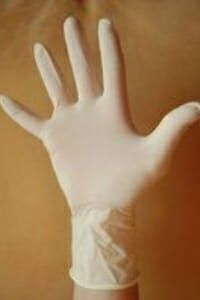