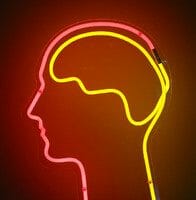 Medically unexplained symptoms (MUPS) are symptoms for which a treating physician or other healthcare providers have found no medical cause, or whose cause remains contested. There is usually some associated functional impact. MUPS can occur in all sub-specialties of medicine, including surgery. It is estimated that 15-30% of all primary care consultations relate to MUPS, those presentations most commonly being musculoskeletal pain, ear, nose, and throat symptoms, abdominal pain and gastrointestinal symptoms, fatigue and dizziness (Kirmayer et al, 2004). It can also be used to describe syndromes where the aetiology is unclear, for example, chronic fatigue syndrome or fibromyalgia.

MUPS has some similarities with psychiatric syndromes including conversion disorder, which involves symptoms of altered voluntary or sensory function inconsistent with recognised medical syndromes. Illness-anxiety disorder is a different entity, where a patient is preoccupied with acquiring a diagnosis, without necessarily having somatic symptoms.

What is the aetiology or risk factors for developing MUPS?

You are a junior doctor working with a Registrar in a busy Rheumatology Clinic. You are asked to see a patient who has presented with generalised muscle pain, fatigue and pain sensitivity.

1. Outline your approach to assessment

You discuss the case with your Registrar and no cause is found for the patient’s presentation after thorough investigations.

3. What is your approach to managementof a patient with MUPS?

4. What is the prognosis for MUPS? James talks to Dr Lauren Troy about how to approach Read More..