Mother’s Day 2018: What it means to five medical mums and their children

Medical mums on being doctors and mothers

Being a doctor and a mother is like juggling on roller skates, it’s one tough gig, the most worthwhile thing, fulfilling in ways never expected and it’s letting go of guilt.

We asked five of our onthewards’ medical mums contributions what it means to them to be a doctor and a mother, to juggle a medical career and parenting, and the impact their career has had on them and their children.

Here’s what they said…

Being a doctor and a mother is like juggling on roller skates, whilst on a treadmill and hula-hooping- it’s sheer, delightful chaos and I love it. Every now and then at unexpected intervals someone will throw in another ball. You need a costume for the school play, by when? I’m now presenting journal club tomorrow, on what topic? Why did you forget your cello at school? And how long will I be covering your long service leave?

Despite all this medicine keeps me sane, mothering keeps me humane, they work in a symbiotic relationship to keep me in equilibrium as a human being. As a palliative care physician there are a lot of discussions about burnout and achieving longevity of career in an emotionally draining subspecialty. People often ask me how do I unwind from a day surrounded by sadness in the palliative care unit?

The answer is I walk in the front door and three little humans run at me shouting “Mummy”- it’s a joy and a privilege that many of my patients would kill to have. Being a mother gives me an insight into the complicated and amazing world of parenthood and interestingly my patients soften and change the way they communicate with me when they find out that I am a parent, as though suddenly I am a human being in their eyes and we can talk human to human. Combining medicine and motherhood is chaotic joy, some days I find myself scrambling on the floor to pick up all the balls that I have managed to drop – but by goodness it is a fun game to play.

General Practitioner from Brisbane with an interest in Women’s and Children’s health and Mother of two daughters. Mother’s Day is an opportunity to honour the selfless sacrifice women make to create and raise tiny humans. Let’s be honest, it’s one tough gig. I’ve found the combination of motherhood and medicine particularly challenging on a personal level. I value mastery and am extremely goal-orientated, both of which serve me well in my career as a doctor.

As a mother, my life suddenly became a chaotic, imperfect love-filled mess! I am still learning to let go of the importance of productivity. My sweet little girls remind me to focus more on the present and take life less seriously. There are days where we just play, laugh and laze around in our PJs until 2pm… the chores can wait and I’m (mostly!) ok with that.

Consultant Neurologist working in general neurology private practice and Mother to one daughter. I recently became a consultant and started working for myself and now I feel life is pretty close to perfect but part of me is still reeling from the rollercoaster of becoming a mother during training. There were wonderful women and men that really understood and were supportive in an overwhelming and unexpected way. Unfortunately a few people stand out for behaving in a way that was quite cruel too, and I cried many tears over that and lost many precious pre-parenthood nights of sleep.

In the few moments when I thought of work in early maternity leave I was thinking scary thoughts about my future in medicine. Even then I could not doubt that becoming a mum was the most worthwhile thing I had ever done. As I looked at the little person I had carried and somehow pushed out I was incredulous that I had spent so many years and worked so hard to acquire expertise and skill at work but the most important and complicated thing I could ever achieve required no preparation. Now I just accept that and am immersed in the wonder of watching my little one grow into herself, and am overtaken by joy because she is so thrilled with the prospect of becoming a big sister. 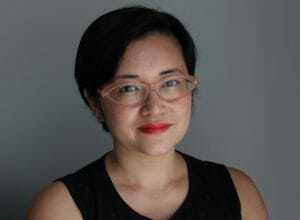 I thought it would be interesting to find out from my 6-year-old son how he feels about me being a doctor since I’ve never really asked him before. This was his response…

How does it feel having a mummy who is a doctor? It makes me feel happy because (she is) helping other people who are getting sick or hurt. It is very good because I love when she actually goes to meetings and sometimes teaches other people.

Is it hard having a mummy who is a doctor? It is sometimes hard because (she does) a lot of thinking about what is right and what is wrong.

What advice would you say to other children who have mummies who are doctors? Or advice to mummies-to-be about being a child of a doctor who is often not at home because of work?  It makes me happy and feel good that she is a doctor, when she’s gone (from home) I’m (still) normal!

From me: I love being a mum. It has fulfilled me in ways that I had never expected or could have imagined ‘BC’ (‘before children’). I have never regretted putting aside the time from specialist training (and having an income) to have my kids. Those matters seem like such small things now but I remember agonising over them beforehand. The juggling of career and motherhood was really hard as a trainee, and is definitely less hard as a consultant. And when I wonder about how my kids are affected by my long hours at work, I am glad that my son feels ‘happy and good’ about what his mummy does and he feels he is just a ‘normal’ kid. I feel proud to have raised a well adjusted, happy boy. As for my toddler daughter, what can I say? Toddler tantrums are hard no matter what!!!

General Practitioner and Mother of two. Long nights spent caring for others, missed school assemblies, home late (yet again) and phone calls interrupting weekend family lunches in the sunshine. I could be forgiven for thinking my children hate what I do and feel they had no choice but to share their mother with her patients, her bosses, her work, the world, but I am wrong.

They feel privileged to share their mother with many others who also need my care and attention. Whether they grow up to become doctors or not, I know they understand the little part they have played in helping their mother be a carer and healer and, no they won’t hate me for it.

Happy Mother’s Day and let go of that guilt! (at least for one day 🙂 )

“Medicine remains a conservative profession with a rigid structure of Read More..

Wellbeing: Looking after yourself to look after others